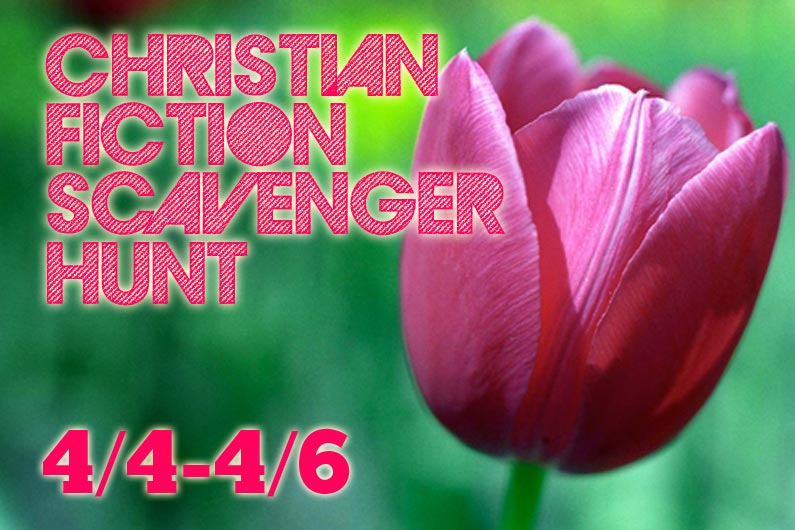 Welcome to the Spring Christian Fiction Scavenger Hunt! To start at the beginning of the loop and go in order to collect all 32 clues, please begin on Robin Lee Hatcher’s site. You end there too, this time. The hunt begins on April 4, 2014 at NOON Mountain. Some posts will be up earlier, but the hunt won’t be live until noon. The hunt ends on April 6, 2014 at midnight MTN. You have all weekend to make it through the loop, so don’t feel you have to race through. You collect the clue (usually in red) at each stop and write them down as you go. 1st prize is a Kindle Fire HDX + $100 gift certificate; 2nd and 3rd prizes are all 32 of our books! In addition, many authors are offering an additional prize, as I am here. So read all the way through each post! If you get lost, or a link is broken, you can find the complete list of stops and links on Robin’s site. Now carry on and learn about some other wonderful novels!

Now it’s my pleasure to introduce you to my special guest, a fellow Blink author and YA fan.

Jill Williamson is a chocolate loving, daydreaming, creator of kingdoms and the award-winning author of several young adult books. She’s a Whovian, a Photoshop addict, and a recovering fashion design assistant, who was raised in Alaska. You can visit her online at JillWilliamson.com, where “adventure comes to life.” Jill is a fellow Blink author (they’re publishing my REMNANTS Series), which specializes in teen fiction meant for a crossover audience. 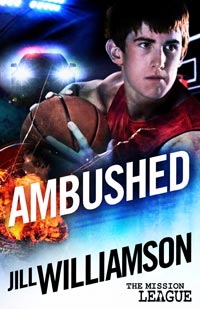 This action-packed Mission League Series from Marcher Lord Press was designed for reluctant-reader tweens and teens, a cross between the Veritas Project and “Spy Kids.” AMBUSHED is fourth in the series. The official blurb: All Spencer wants in life is an NCAA scholarship to play D-I college basketball. He visits universities when he can and works hard at his goal of taking his team to the state basketball championship. When disaster strikes, Spencer’s desperation sends him to the one person he was determined to ignore: his father. You can purchase AMBUSHED at Amazon, Barnes & Noble, and Kobo. To whet your appetite, Jill sent along this exclusive content for the hunt, a fun classified background report from the hero of her latest release in the series… 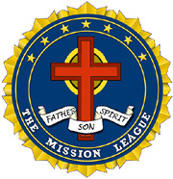 In case you’re coming into this adventure in the middle, a year and a half ago I was recruited into the Agent Development Program of the Mission League, a secret branch of INTERPOL, whose primary objective is to follow the will of God in collecting, analyzing, evaluating, and disseminating intelligence against the rulers, authorities, powers of this dark world, and the spiritual forces of evil in the heavenly realms.

Yeah, I know what you’re thinking: churchers. And I thought the same at first. But then I found out that my real name is Jonas Wright and I’m in a witness protection program of sorts, hiding out from my criminal dad, who was responsible for my mom’s death.

So I went on a training mission to Moscow. And I met this woman, Anya Vseveloda, who was working with the Russian mob to get people hooked on drugs and into a cult called Bratva. I’d been having dreams about Anya for years, and I found out I was gifted in prophecy.

When I got back to California, Priere showed up—he’s the official intercessor for our group of agents-in-training. He told me that I matched the profile for a sixty-year-old prophecy and that some bad guys were after me because of what I did in Moscow. Agents started following me everywhere to keep me safe. The baddies guy-napped me after Homecoming last year, but the agents nabbed them right back.

Things quieted down for a while. Then last summer, I went to Okinawa, Japan, on another training trip. I got my first red card—a real assignment—to follow this girl. I botched it, of course. And she led me to Anya (bad chick from Moscow), who accused me of being the Profile Match and wanted to know who the First Twin was. Like I had a clue. I managed to get away, but in doing so, Anya cut me across my chest and I had to get stitches.

Now I’m home again and totally focused on basketball. Coach did some research on the NCAA recruitment process, and, let’s just say, I’ve got a lot of work to do. But I’m starting to become a bit of a celebrity in Pilot Point.

Oh, and there’s another Light Goddess movie coming out soon, so I’m curious if this one has the same creepy similarities to the Bratva cult as the other one did.

So that’s what’s been going on. I’m sure you’re ecstatic to have learned all this. If you really want to know how everything works out, it’s all in the full report titled Ambushed.

Because, really. There is no better word than “ambushed” to explain what happened to me over the last few months.

Thanks for stopping by my site/blog on the hunt! Before you move on to Jill Williamson’s own site, to pick up your next clue at Stop #20, be sure to write down this Stop #19 clue: A good

But please also consider entering my own mini-contest to win one of 3 copies of my new REMNANTS: SEASON OF WONDER, plus a signed poster and mini Remnants flashlight (open internationally, but if someone outside the USA wins, they’ll receive only the book; int’l shipping is killer-expensive!).

To enter, simply (1) like my Facebook page; (2) like the Remnants Series Facebook page; (3) sign up for my quarterly e-newsletter (top right of my web page, above; if you’ve previously enrolled, you’re good to go); (4) fill out my Rafflecopter form below. Winners will be notified by email 4/9/14 (Rafflecopter collects that contact info). Thanks for stopping by!


Do you ever imagine being a hero/heroine in a spy or suspense novel? Would you be a good action hero? Why or why not? Comment below…