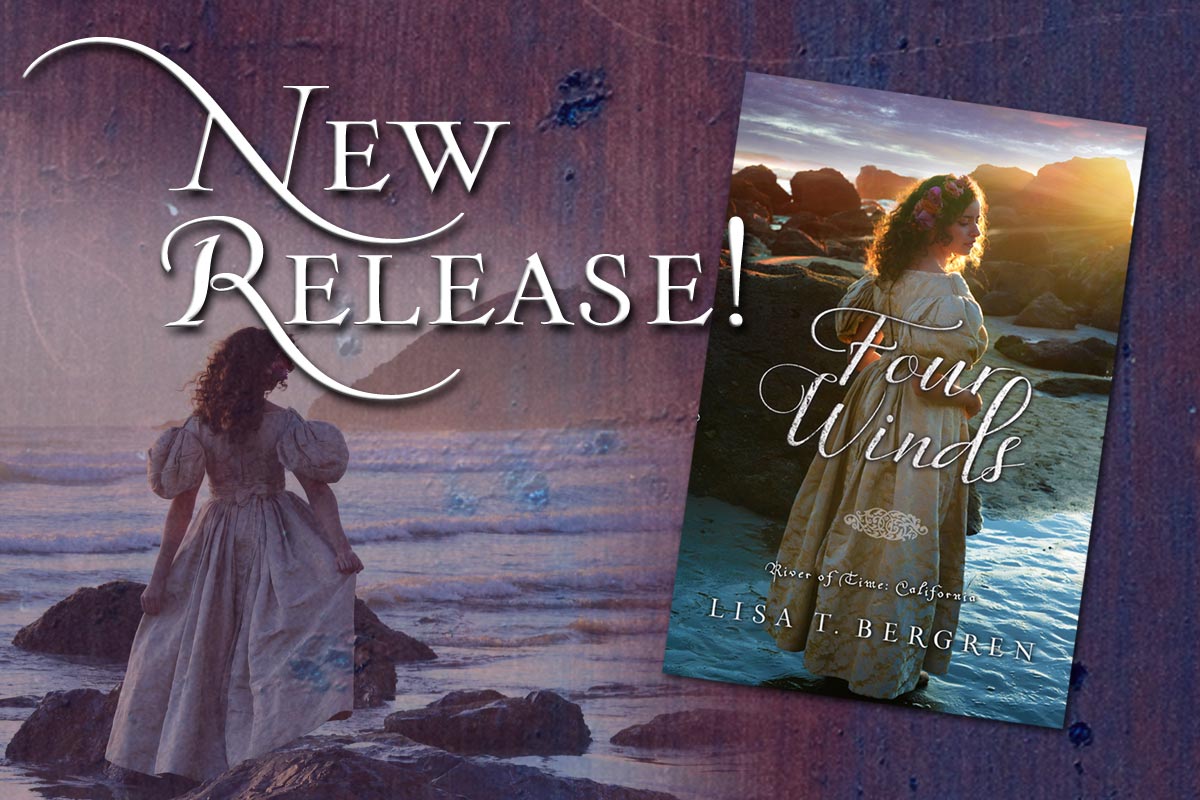 So I failed at telling you about my newest release!! It came out last fall, at the height of our duck season (check out RMrustic.com if you have no idea what I’m talking about), and then it was Christmas, and then in January we had two gift shows to get to in Atlanta and Vegas, and, and, and…AND YOU NEED TO READ THIS DUOLOGY! Especially if you were a fan of the original River of Time series set in Italy. (But pssst…if you read in e, wait until February 7 to buy THREE WISHES, book 1, because it will be on sale Feb 7-28 for $.99.) If you want a paperback, you can go for it now! FOUR WINDS, book 2, will not be going on sale for the foreseeable future, so if you’ve already read THREE WISHES, go forth and purchase this much-anticipated sequel!

Here’s what it’s about (WARNING: SPOILERS FOR THOSE WHO HAVEN’T READ THREE WISHES!!):
Zara Ruiz has never been so happy to have failed at something in her life–trying to return to her own time. In Javier de la Ventura’s arms, she knows that 1840 is where she belongs…where she’s found true love and family. But when the ranch is viciously attacked, and she and Javier’s little brother are kidnapped, she is no longer certain where her journey might end.
Javier de la Ventura is plagued by a sense of responsibility for praying that God would leave Zara in his own Alta California. But when she suffers because of her association with him, he commits to finding a way for her to return to her own time, if she wishes it. His heart longs for her to stay, but his mind tell him she’d be safer in her own era.
Battered by the FOUR WINDS, can Zara and Javier find a way to remain together…forever?