Welcome to the Christian Fiction Scavenger Hunt! Begin here at Stop #1, then collect the clues in order through all the stops, so you can enter to win one of our top 5 grand prizes!

If you’ve never heard of me, my name’s Lisa Bergren and I’m the bestselling writer of many things—children’s books, gift books, nonfiction, and fiction in many genres. And I’m talkin’ MANY. YA time travel, spiritual suspense, women’s fiction, dystopian, contemporary romance…you get the gist. You can learn more about me and all my books here on my site and on Facebook, Twitter, and Instagram. But my favorite genre to read is a solid, epic historical tale. And my upcoming release is an edited, new version of my favorite medieval supernatural suspense novel—BEGOTTEN. Here’s what it’s about:

At the height of the Inquisition, a secret half a millennium old is about to be exposed in Italy. A lost letter to the Corinthians, potentially written by Paul and illuminated by prophetic visionaries, speaks of men and women with mysterious spiritual gifts, who will be brought together to usher in change for the faithful. Now the long-buried letter has surfaced, the Gifted are gathering, and the prophecies about their gifting are proving true. But the Church is divided; two popes vie for the powerful papal seat, and both are eager to either control this renegade group of disciples or see them put to death. And yet there is another—a powerful sorcerer—who is trying to get to them first.

Praise for the previous edition of Begotten:

“[Begotten is a] classic battle between good and evil. Disregard Da Vinci Code
comparisons and think Lord of the Rings.” —Publishers Weekly

“A full-bodied, absorbing tale that combines authentic historical detail with a universally
appealing and gripping story…With crossover appeal for J.R.R. Tolkien and Madeleine L’Engle
enthusiasts, this is recommended for all.” —Library Journal

Did someone mention Italia? The country that has stolen my heart? I always tell people NOT to go there, because once you do, you’ll want to go back!! If Covid hadn’t struck and (1) stopped most global travel and (2) cut my husband’s business in half for 2020, and if we hadn’t been building a house this year, I think we probably would’ve been heading to Tuscany this year or next. It’s MARVELOUS. 2022 or 2023? I’m THERE. But in the meantime, editing Begotten is sorta-kinda like being there, and it made me think of all sorts of things that you might not know…and be interested in too.

#1 SILVERWARE: Most medieval households had dinner guests bring their own fork and spoon to the table in a box called a “cadena.” (Most carried a knife on their person.) Italians were some of the first in Europe to adopt the use of forks—with an emperor’s wife introducing them in the 11th century and merchants making them quite popular in the 14th century. Catherine de’Medici and her entourage introduced them to France in the 16th century. England, however, balked at the use of forks and the Church even took a stance against them (“Why use a fork when God has given us perfectly good ‘forks’ with our fingers?”)

#2 WASH YOUR HANDS! Medieval diners weren’t monsters. In finer homes, guests at the lesser tables were to arrive in the dining hall with hands already washed; guests at the upper tables were presented with a ewer in which to wash their hands while at table. They were often brought fresh water at the end of the meal in which to wash their hands again.

#3 BIODEGRADABLE PLATTERS: In medieval times, “trenchers’—or serving plates for 2-4 people—were often the round, hardened lower crusts of bread. After the meal, meat, vegetables and juices would have softened the bread and made it edible; sometimes these were distributed as alms to the poor. Wooden and metal trenchers became popular later, and often had a divot to hold salt.

#4 NO TOMATO SAUCE? Tomatoes were brought to Italy from South America in the 16th century, but were widely thought to be poisonous until the 19th century. (They were solely grown for decoration!) Therefore, there was no tomato sauce for pizza—which was just dough, olive oil and herbs in medieval times. Nor was there tomato sauce for their spaguetti! Speaking of pasta…

#5 PASTA FROM ASIA? There is some dispute about this. Many subscribe to the thought that Marco Polo brought pasta to Italy in the 13th century. However, there’s an Etruscan tomb fresco showing what appears to be locals eating pasta in the 4th century. It’s possible that it was in vogue for a while and then faded until Marco brought it back. In the 1300s, it was a ship life staple, given its long shelf life.

If you’re interested, you can preorder an autographed copy of BEGOTTEN on my eStore here on my site (it will ship in December)!

Link to Stop #2, the Next Stop on the Loop: Lori Benton’s site! 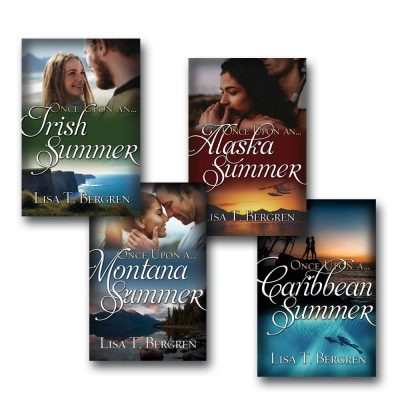 But wait! There’s more! Before you go, I’m offering three books to three entrants—any one of my Once Upon a Summer novels (or any of my other novels if I have copies on hand). All you have to do is follow me as an author on Bookbub! The benefit of following authors on Bookbub is that BB will let you know every time that author (A) has a new release, (B) has a book on sale, and/or (C) reviews a book, which you might like too. It’s a pretty nifty, free service!

My personal contest below is open to international entrants; however, if someone outside the USA wins one of the three copies, they will receive an ebook as a prize. After you’ve followed me on Bookbub, please just fill out the Rafflecopter below.