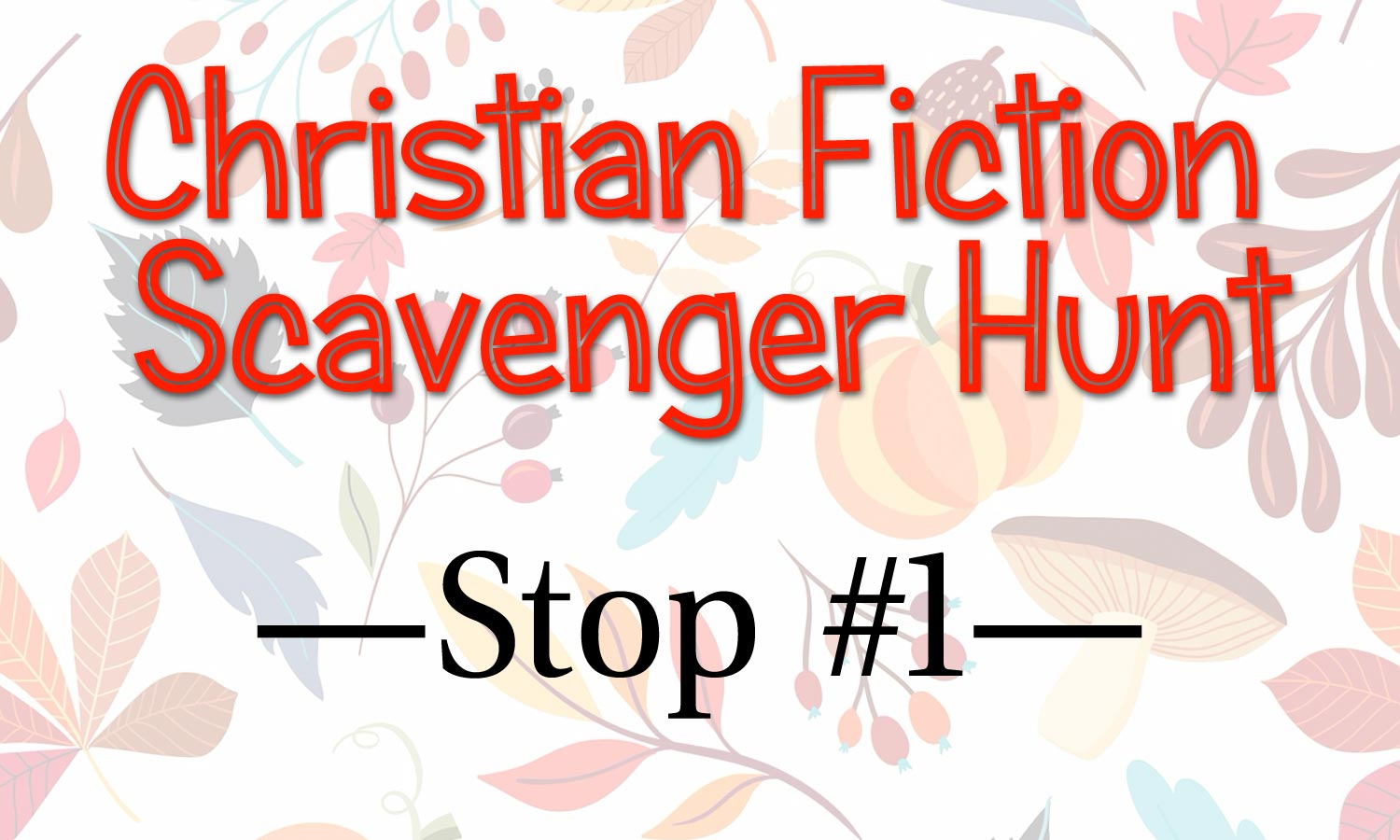 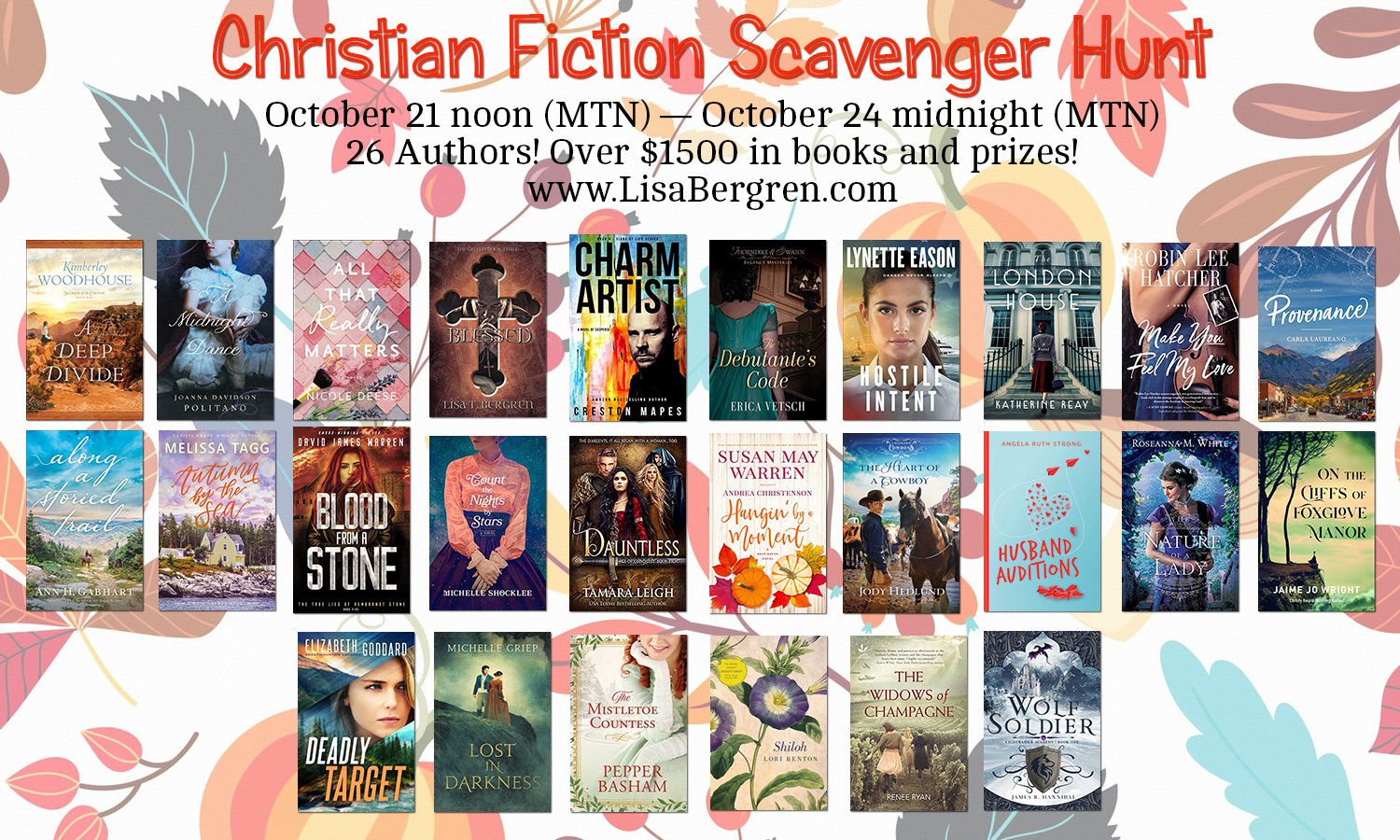 Welcome to the Christian Fiction Scavenger Hunt! If you’ve just discovered the hunt, be sure to collect the clues through all the stops, in order (beginning here at Stop #1), so you can enter to win one of our top 5 grand prizes!

Hi! My name’s Lisa Bergren and I’m a writer of many things—children’s books, gift books, nonfiction, and fiction in many genres. And I’m talkin’ MANY. YA time travel, spiritual suspense, women’s fiction, dystopian…you get the gist. You can learn more about me and all my books here on my site and on Facebook. But I always adore an epic story. My newest release is the third in my Gifted Series—Blessed. Here’s what it’s about:

The fellowship of the Gifted is complete at last, and each has a divine purpose, allowing them to forge ahead together as catalysts in the war between light and dark. Among them are Gianni de Capezzana and Daria d’ Angelo, a couple ready to face the Church and yet anxious to avoid a fatal judgement as heretics. Trailed by the enemy, and on the run in an unpredictable land, they’re offered tenuous sanctuary in the wondrous Castle Les Baux. Together they see miracle upon miracle unfold. Yet the enemy haunts their every step and promises that the Gifted will know ultimate defeat. But they are determined to follow where God leads…even if they must face death itself. 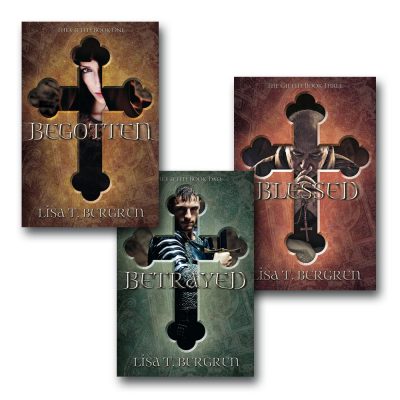 PRAISE FOR THE SERIES:
“A full-bodied, absorbing tale…a universally appealing and gripping story that will have readers cheering.”
–Library Journal

“[A] classic battle between good and evil.”
–Publishers Weekly

“An exciting thriller…full of surprises and confrontations.”
—Midwest Book Review

Miracles? Ever since the first book in this series released, I’ve received queries from readers, wondering about spiritual gifts. Were they primarily used by God in the first century to grow the numbers of faithful? Does God still bless people with profound spiritual gifts today? I believe he does. I believe we’re all gifted. So I’ll be sharing stories of miraculous healing in the coming months from people I know. Here’s my first interview with my young friend, Aiden Mungaray, who had a knee injury that was going to require surgery…until he was healed through prayer!

Q: Thanks for being willing to share about your healing! What was your issue before the healing took place?

A: My MCL had micro-tears and my lateral meniscus was torn. I couldn’t fully extend my knee or run without extreme pain and was wearing a brace to keep me from lateral movement. I couldn’t do an air squat.

Q: What was the medical evidence/report before the healing that made doctors think you needed surgery?

A: An MRI showed the tear.

Q: What’d you think about reports of healing before your healing occurred?

A: I thought it was fake and people were doing it for attention.

Q: Who suggested they pray for you? Where were you? Were you reluctant? Eager? Anxious?

A:  My friend, Tenley, felt prompted by the Holy Spirit, at church summer camp, to reach out to the lead pastor to pray for me. Prior to everyone laying hands on me I was anxious.

Q: Can you describe what happened as they prayed?

A: I closed my eyes. I was sobbing uncontrollably and I felt hot.

Q: What was the outcome?

A: I heard the words, “You’re healed.” I opened my eyes and the pastor told me to do something I couldn’t do before. I did an air squat with no pain. A leader who is a nurse practitioner checked me and couldn’t find anything wrong with my knee.

Q: What’d your doctor think/say when you went back to see him?

A: My surgeon was in shock and disbelief. He said something could be “loose” and taking away the pain. He did an extensive exam trying to recreate the pain. Then he brought in the MRI to show us the tear again. He examined me again and said he had no reason to do surgery if I had no swelling, no pain or other symptoms. He then asked, “What church do you go to? Maybe I need to go there and get prayer for my back.”

Q: How did this event change your faith life? How did it effect others?

A: It made me a stronger believer and made me want to lead others to God. My friend was questioning his faith and after he saw me get healed, he says he now believes in God. 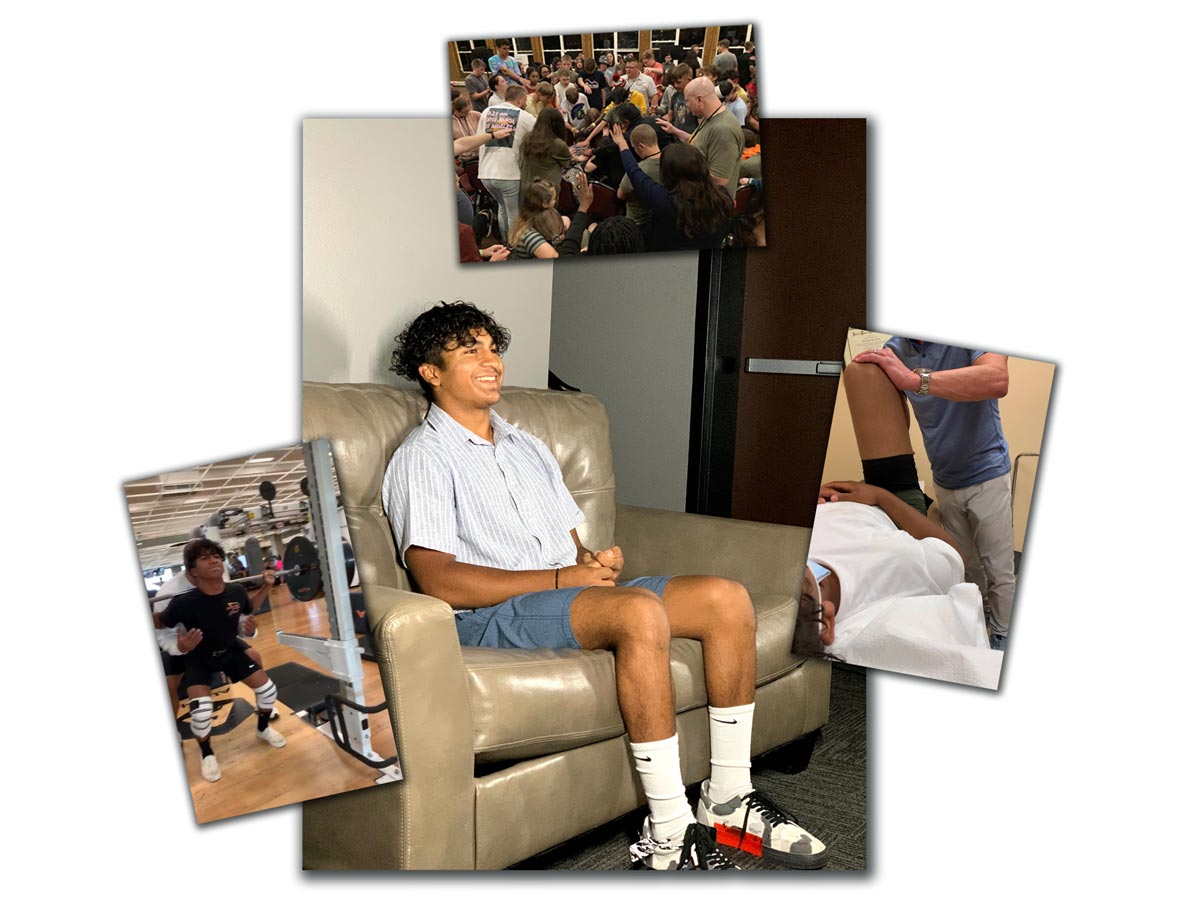 Thanks, Aiden, for sharing! I love stories like this, don’t you? How many miracles are we passing up in our lives, because we don’t want to stick our neck out in faith? Personally, I want to capture some of that first-century-faith, asking God to use me for his good purposes. Writing the Gifted Series definitely helped me think about it. I hope it encourages readers to do the same!

If you’re interested, you can order the Gifted Series autographed from me, or on Amazon, Barnes & Noble or at your local bookstore!

Clue to Write Down: I love

Link to Stop #2, the Next Stop on the Loop: Robin Lee Hatcher’s site!

But wait! Before you go, I’m offering an additional four prizes—any one of my Gifted Series, or the whole series plus a special candle. All you have to do is sign up to get my e-newsletter (blue box below, “Stay in the Loop!”) or mark it off if you’re already a subscriber. Additional points for those who follow me as an author on BookBub, Facebook or on Instagram! (USA only)